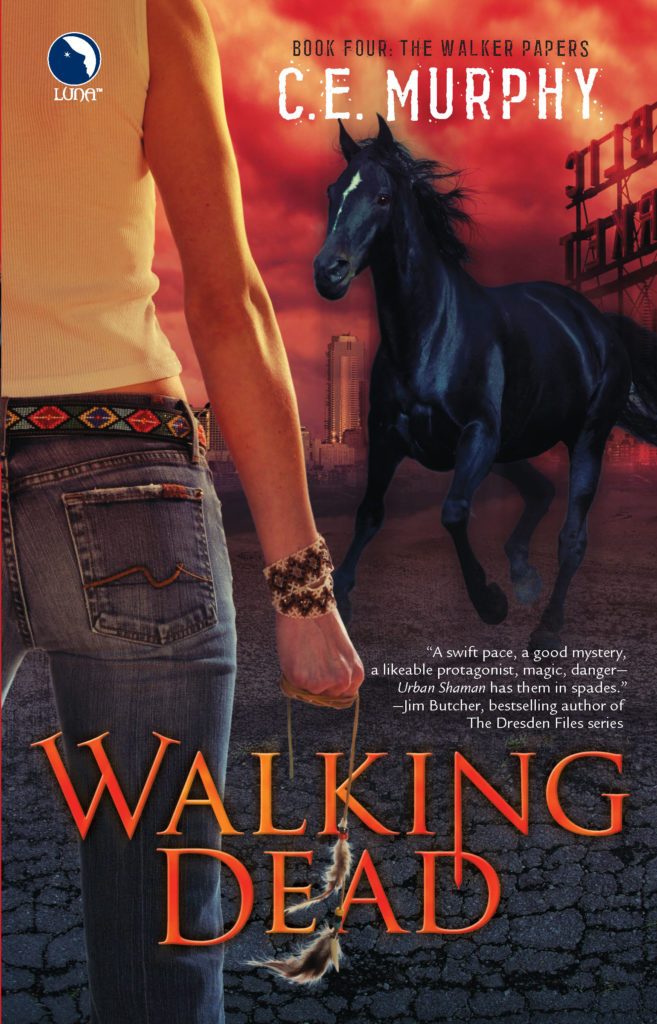 Part of the The Walker Papers series:

For once, Joanne Walker's not out to save the world. She's come to terms with the host of shamanic powers she's been given, her job as a police detective has been relatively calm, and she's got a love life for the first time in memory. Not bad for a woman who started out the year mostly dead.

But it's Halloween, and the undead have just crashed Joanne's party.

Now, with her mentor Coyote still missing, she has to figure out how to break the spell that has let the ghosts, zombies and even the Wild Hunt come back. Unfortunately, there's no shamanic handbook explaining how to deal with the walking dead. And if they have anything to say about it—which they do—no one's getting out of there alive.